Soil is the world's second largest carbon sink (after the oceans). The healthier the soil, the more carbon it can store. Support soil health by feeding organisms in the soil, protecting soil from erosion, avoiding pesticides, providing permanent leaf cover, and reducing tillage and soil disturbance. 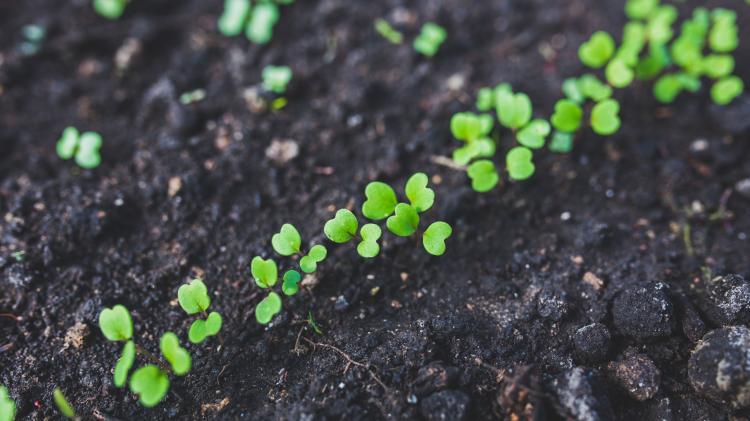 Soil is amazing. It is alive, with 2 billion organisms in a single tablespoon. It also stores vast amounts of carbon in the form of soil organic carbon (SOC). This is a mixture of soil microbes, fungi, worm casts and decomposing plant and animal remains, all of which contain carbon. When we talk about healthy soil, we mean soil that is rich in microbes, worms and plant remains and therefore in SOC.

SOC formation rates are affected by climate, especially soil temperature and moisture. In the cold wet climates of the Global North there are high levels of SOC, desert regions have low levels of SOC and the tropics have intermediate levels. Soil texture and mineralogy also have a significant impact on soil carbon stocks.

Globally, soil stores an incredible 2.7 trillion tonnes of carbon, three times as much as the entire atmosphere.

We need to keep this carbon in the ground by preventing soil erosion and degradation, especially for soils with high amounts of SOC like forests and wetlands. Replacing natural ecosystems with agriculture has caused substantial SOC loss globally, but gives us a great opportunity to store more carbon from the atmosphere by restoring the lost SOC. In fact, with the right management, 5 billion tonnes of carbon could be absorbed annually by soil by 2050.

The carbon holding capacity of soil is determined by rainfall, temperature, soil erosion and land management. There are a number of tried and tested management techniques which boost SOC.

A straightforward one is full or partial reforestation, because woodland soil generally holds more carbon than other soils. To maximise the SOC, the forest needs to be well managed and the soil undisturbed. Protecting and restoring wetlands is another good aproach, as wetland soils tend to be rich in carbon. 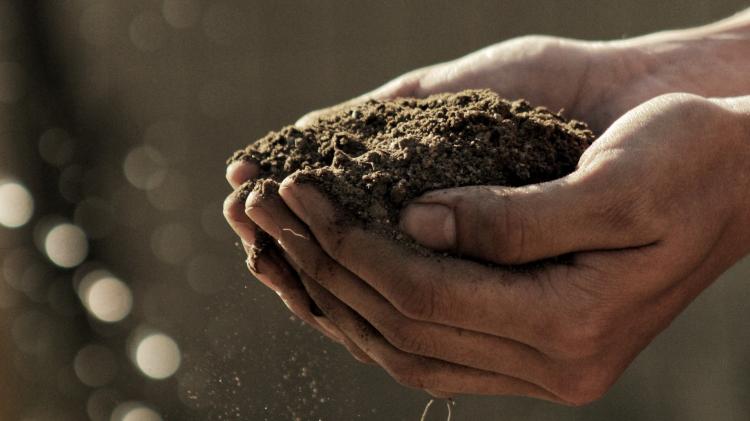 Biochar is a charcoal produced by burning wood at low temperatures in a kiln. This converts the carbon into a biologically inert form that can persist in the soil for thousands of years, meaning great potential for carbon storage. Biochar increases the soil’s capacity to retain water and nutrients and raises levels of microbial activity.

Hugelkutur is a gardening method that builds SOC. Covering woody debris with soil creates elevated plant beds. The decomposing wood in a hugelbed acts like a sponge, soaking up rainfall and gradually releasing it into the soil along with organic matter and nutrients.

Regenerative agriculture, developed on the US prairies, mimics the wild ecology of highly mobile grazing herds. Cattle graze at high densities in very small areas for very short periods. Once the animals move on, grasses grow taller with deeper roots, adding to SOC. Livestock fertilise the soil with their waste and break its surface through trampling, so nutrients are absorbed into the soil rather than being washed away.

Food Forests and Agroforestry are productive forms of traditional sustainable land and soil management, practiced for hundreds or even thousands of years in various parts of the world, and can be applied in both home and community gardens. They emulate many of the features of native woodland, including soil with high SOC, but also produce a range of crops and other useful products.

Change your growing practices to protect and build healthy soil

Work with local gardeners to build soil carbon where you live

Donate to the restoration and protection of soils

FAIR SHARES:
Soil is a common resource whose health and restoration benefit all

Digging into the soil curriculum

Start with the soil

How to make compost fast