Working with others is more powerful than working alone. Joining a group deepens your commitment, helps you learn and makes your actions more effective. Good groups to join are transition towns, ecovillages, permaculture networks, community power companies and your school, uni or work eco-group. 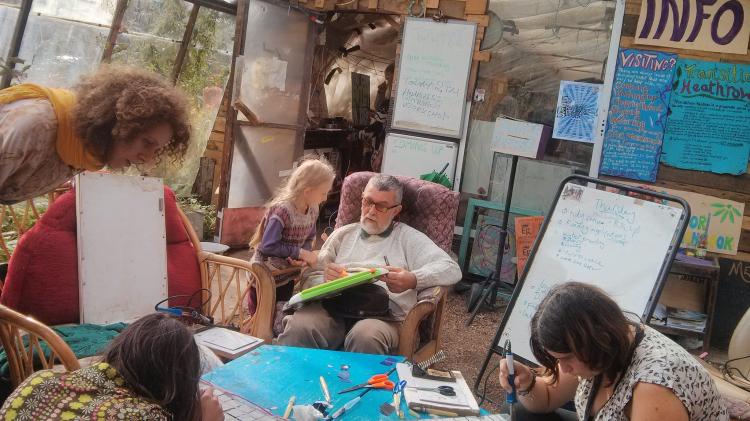 Community groups are undertaking virtually all of the 52 Climate Actions. Typically they supply locally grown food, undertake recycling, provide low carbon transport for goods or people, support reusing, repairing and upcycling, provide meals, redistribute food, or generate heat and/or electricity. Communities affected by climate change often organise to support local adaptation; indeed this is one of the most common responses to a climate disaster.

An example of what can be achieved is the Transition Streets project from Transition Town Totnes in England, where 468 households worked together as groups of neighbours to save energy, carbon emissions and money. Participating households achieved average carbon savings of 1.3 tonnes per year. In the first year households saved over 600 tonnes of carbon and reduced their energy demand by 1.5 million kWh, around 14 percent of average household energy use. 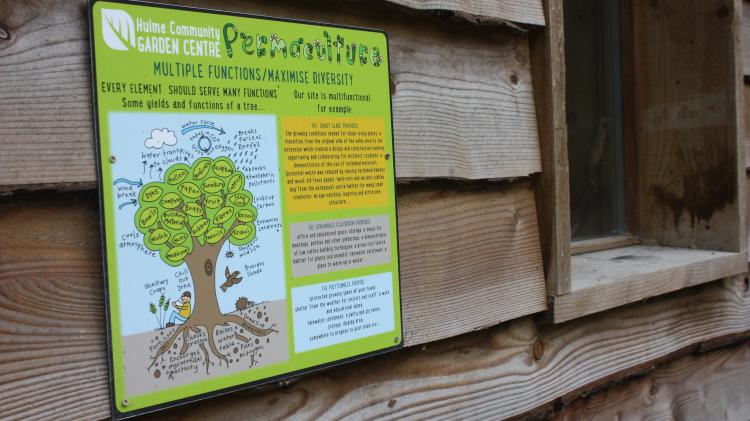 Transition towns is a movement of local initiatives working towards greater resilience in their home communities in response to environmental, social, economic and other challenges. It was initially a response to peak oil, climate change and economic instability. As it has spread and been adopted in diverse places around the world, it encompasses an increasing range of issues, often the local manifestations of global problems. Transition Network maintains a global register of initiatives on its website, which in early 2018 had around 1000 entries, with national hubs in 25 countries.

Ecovillages are intentional communities that operate on a shared set of ecological, social and/or spiritual values, with sustainability as a common concern. They consciously seek to create and enact working models of sustainable living combined with social well-being and spiritual growth. Despite the rural connotations that the term might infer, ecovillages have also been created in urban environments such as Inner City Los Angeles. As a movement, ecovillages self-organise as the Global Ecovillage Network. In 2017 there were total of 1000 recognised ecovillages worldwide.

Permaculture is a design methodology for sustainable human habitats that takes inspiration from the form and dynamics of natural systems. It was originally conceived as a contraction of the term 'permanent agriculture', but its scope has expanded to the ecology of human settlement, society, economy and culture and is now considered shorthand for 'permanent culture'. Permaculture’s basic philosophy is one of working with rather than against nature, designing human habitats and organisations in ways that deliberately seek to emulate features that contribute to resilience, sustainability and productivity in natural systems. See Action 18: 'Study permaculture'.

Community energy is renewable energy generation systems set up by local communities rather than large utility companies. It encompasses various different technologies, multiple types of organisation and varying forms of community involvement. RESCoop.eu, the European federation of renewable energy cooperatives, has identified 3,000 schemes in Europe, with two billion euros invested, a joint production capacity of 1,500 GWh per year, 1,100 employees and an annual turnover of 750 million euros. A report from CE Delft estimates that by 2050, 83 percent of homes in the EU (187 million) could directly contribute to energy production and/or storage.

Eco-groups and eco-societies are networks of people in schools, universities and workplaces who meet regularly to learn together, take voluntary action to improve their environment, conduct a climate audit of their institution, and bring pressure for stronger environmental policies. If you want to set up such a group, Climate Change Connection provide a guide for pupils and The Ecologist provides one for university students.

Take a leadership role in your local group

Join and learn from an international network of like-minded people

EARTH CARE:
Joining a group deepens your commitment to protecting the planet

FAIR SHARES:
In a group everyone can find a useful role

PEOPLE CARE:
Being part of a group is a great way to tackle climate anxiety and feel empowered
Sustainable Development Goals
Resources
Resources for children:

The story of change

The disarming case to act right now on climate change

Look after your mental health